skip to main | skip to sidebar

WHAT FRIENDS OF MCDONALD HAS ACCOMPLISHED

In 2007 a group of residents in the neighborhood around McDonald Elementary, most of them parents of young children, became concerned about the condition of play equipment on McDonald's school grounds. The neighborhood recognized the potential for the grounds as a type of neighborhood gathering place. The neighborhood consulted with the Seattle School District Office of Self-Help. The School District removed the dilapidated play structure in the southeast corner of the east play field. The neighborhood applied (unsuccessfully, at first) for a grant from the City of Seattle's Department of Neighborhood's Matching Fund (NMF) program. A second application for NMF grant funds resulted in the award of $15,000 in 2009. The neighborhood donated over $10,000 more in 2009 (with some matching funds from employers). These funds went toward "Phase One" school grounds improvements. Community members organized three widely publicized open community workshops in 2009 to elicit ideas from the neighborhood on how to spend the available funds. The decision was to spend most of the funds on a new play structure in the southeast corner. The remainder of the funds went toward refurbishing a picnic table and several benches; installing a new basketball hoop; and painting U.S. and world maps on the asphalt. Volunteers also organized two "clean-ups" at the grounds, Fourth of July parades, and a community celebration in June, 2009.

In the summer of 2009, the neighborhood applied for and was awarded two additional grants: another $15,000 from Seattle's Neighborhood Matching Fund, and $13,000 from the King County Youth Sports Facilities Grants Program. The neighborhood contributed another ~$8000 (including some matching employer contributions). Another series of open community meetings was organized in the spring of 2010, culminating in the decision to spend Phase Two funds on a new play structure in the northeast corner of the east play field. In the spring of 2010, Twist Design of Wallingford, in conjunction with community volunteers and the School District, donated professional services to develop a site plan. In late summer, 2010, Spiritridge Construction completed the site preparation: a 30 x 51' section of asphalt was removed, earth excavated, three drainage channels installed, and a 6" wide concrete wall (around the new structure), and two ADA-compliant ramps (into the two newest play structure areas). In September, 2010 a colorful new play structure was purchased from Playscapes Northwest and installed, with the help of about 30 neighborhood volunteers. The three-year, two-step playground improvement project is now complete. 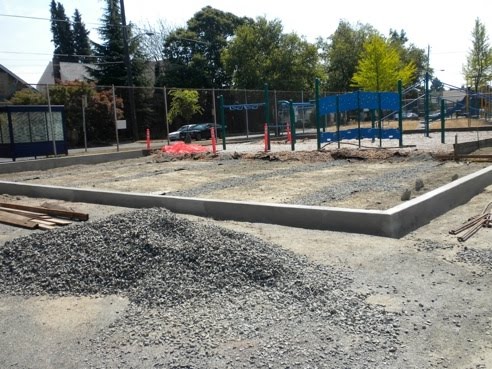 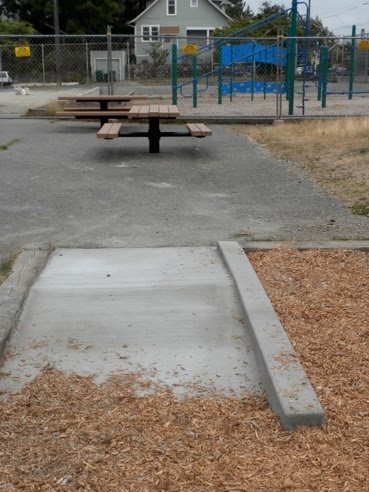 One of the NEW access ramps installed in August 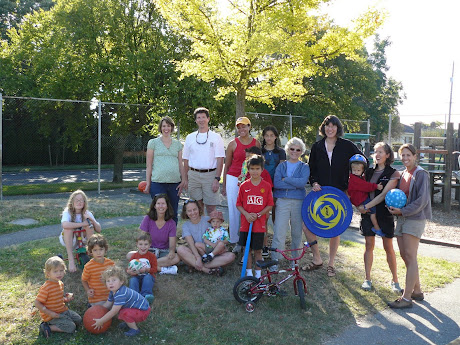 A summer gathering of neighbors, 2007

Friends of McDonald School collaborates with, but is not part of, the Seattle Public School District and has received funding from the City of Seattle, King County, nearby neighbors, local businesses and other supporters. The School District has provided some funds and labor for recent improvements to the school grounds. Friends of McDonald School is a 501(c)(3) tax-exempt organization. All donations are tax-deductible.

A place to gather and play.

The F.A. McDonald School was established in 1914. It closed as an elementary school in 1981. The 2.3-acre school site includes a 46,930 square-foot building, a gymnasium and two fenced playfields. It has been used in recent years as an interim site for schools whose facilities are undergoing renovation. In the fall of 2010 McDonald re-opened as an Elementary School at the old Lincoln High School building in Wallingford (Cheryl Grinager, Principal). Renovations to the McDonald interior will commence in 2011. In the Fall of 2012 McDonald will again come alive with children. It will house an immersion program in Japanese and Spanish.

There are an estimated 400 children in the East Green Lake / North Wallingford neighborhood near the school. For most of these kids, McDonald School is the only place with a recreation area to which they can walk without crossing a busy street.

For over 25 years, the McDonald School grounds have been a valuable community recreation area. The community has congregated on the grounds for activities ranging from summer playgroups and impromptu after-school ballgames to neighborhood Fourth of July parades. The McDonald School grounds have become even more popular after the play field improvements completed 2008-2010. 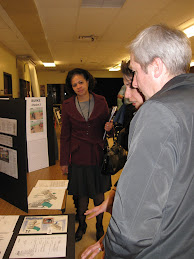 A BIG THANK-YOU TO INDIVIDUALS AND BUSINESSES WHO HAVE DONATED

We have collected almost $20,000 in donations and thousands of hours of donated time over the past three years. We estimate that about 300 neighbors have been involved somehow in this project, not to mention numerous offices and individuals in the Seattle School District, King County, and the City of Seattle.

Posted by Friends of McDonald School at 8:32 PM

THANK YOU TO THE STEERING COMMITTEE


Early on Friends of McDonald School relied on a dedicated group of volunteers who donated many hours to a Steering Committee that met approximately once a month at a member's home. These meetings are open to community members who wish to attend. A big thanks to this core leadership group without which such a big project would never have come together!

GET A COPY OF BROCHURE

Would you like a copy of our Phase 2 Outreach Brochure, which provides more information on proposed improvements to the grounds of F.A. McDonald School? Click on the link below to obtain a copy:

Below is a link to a website that contains information about the status of the McDonald School property and the new Seattle Public School District attendance boundaries:

Below are links to a blog and e-mail group that contain information about the re-opening of McDonald School:


The photos below show the McDonald School play fields BEFORE our effort started: 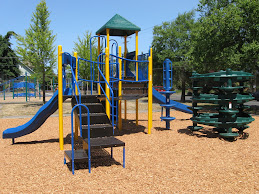 We also refurbished several tables and benches, using recycled materials to save money, and installed a brand-new regulation basketball hoop on the west play field. 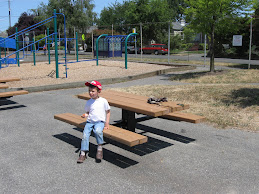 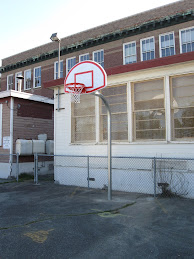 We also re-striped the existing ball-court lines, painted the four-square game areas and painted colorful new maps of the world and the United States of America on the east play field. 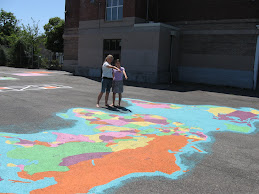 We have established a team of volunteer "graffiti rangers" to remove graffiti. Vandalism has not been a significant problem at McDonald School, but please notify Friends of McDonald School if you notice graffiti, trash or dumping on the school grounds.


A brief historical background for F.A. McDonald School is available at the link below:

Friends of McDonald School has been featured in the media as follows:

In August of 2009, as part of a 50-state tour, the director of the non-profit organization “50 in 52” interviewed several members of the Friends of McDonald School as part of a project highlighting grassroots volunteer efforts to improve communities: